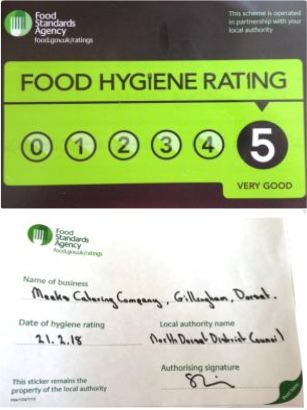 Since a young boy I have always enjoyed being in the kitchen whenever there was cooking going on. I’d normally help out by licking the wooden spoons, or eating the cake mixture!

During my last couple of years of comprehensive school, I started a part-time job as a kitchen porter in a busy local restaurant. I’d wash up as fast as I could so the head chef would hopefully give me some food preparation jobs to do. I couldn’t even boil an egg back then, so i was very keen to learn the basic food preparation techniques & knife skills required to become a chef.

When leaving school in 1996 it was a natural progression for me to go to college and study Catering and Hospitality. I was taught the craft of cooking at Pembrokeshire college under the watchful eye of my lecturer Philip Corp. He was a larger than life character who towered over all of students within the brigade. He was almost as wide as he was tall!!!
Everything I was shown and taught by him and his team had to be prepared and cooked to military precision. God help you if you were caught messing around, or not organised and ready for his class, you may well get a saucepan wrapped around the back of your head!

Some of his parting words to me before leaving catering college were – “ Meek always remember the seven P’s…Preparation and Proper Planning Prevents P**s Poor Performance!

With those sentiments ringing in my ears and after completing and passing the two year college course I made the big decision to up sticks and leave home to work at the Oxford Belfry under Head Chef Robert Hubbard. This was the start of my career as a Professional Chef.

After 10 years of working in restaurants, gastro pubs, and fine dining hotels such as “The Bibury Court” in the Cotswolds under Head Chef Tom Bridgeman, “The Old Manse Hotel under Head Chef Peter Lopian & “Auberge Du Lac” under Head Chef Phil Thompson, I took on my first head chef role at “The Spread Eagle Inn” in the breathtaking Stourhead estate in Wiltshire.

Here I met my beautiful wife Frankie and together we bought our first home in Shaftesbury in 2008. We then relocated to Gillingham in Dorset in 2014 & started our family!

In 2015 we turned the idea of owning a catering business into a reality & launched Meek’s Catering Company.